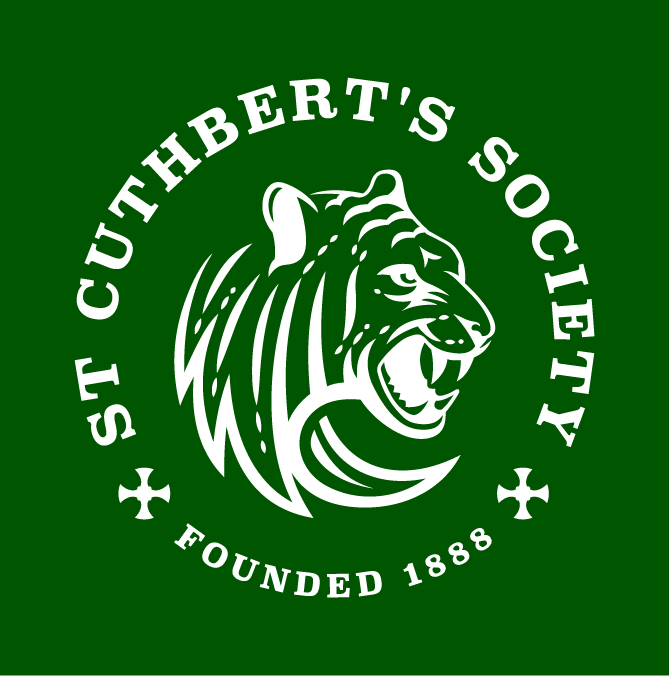 Elections are a very important part of St Cuthbert’s Society. The people who are elected will represent you to Society staff and the wider University, as well as having a big part to play in the JCR. This makes it vital that you choose the best people for the job. If you feel like you are up to that job yourself, then read below to find out what you need to do, how, and when. Should you have any questions or issues, please do get in contact with the Senior Returning Officer at sro@cuths.com or the President of the JCR at president@cuths.com.

How to Run for a JCR Position
First, find out about the position and what it entails. Try contacting the incumbent person or the President of the JCR for more information. You can also look on cuths.com and find information here. Then, find a member of the JCR to propose you and another to second you. Next, design a poster and write a manifesto, keeping in mind the election rules (section 1.2) You submit your nomination, manifesto, manifesto summary and posters to the Senior Returning Officer by the deadline set. Finally, attend the hustings (if required), campaign according to the election rules and go to the bar to hear the results being announced.

Sabbatical Positions, along with those on the Executive Committee and various JCR Officers are elected by Election Method One. These elections are held over a week long period and have set dates on which they occur in the year, available in the Election Calendar. The date of closing for submitting manifestos is announced by e-mail at least 7 days before the closing date, as well as being shown on the website.

Nominees must submit an A4 sized manifesto, incorporating a passport sized photograph which must be signed by the candidate, and by a proposer and seconder. In the case of Sabbatical President of the Society Election Method One candidates may be proposed or seconded by any member in statu pupillari.

A candidate may not be proposed or seconded by the current incumbent of the position for which they are standing, or by the current or any former Sabbatical President of the Society. It should also be noted that candidates who already occupy an Election One method position may not stand for another Election One method position that would result in one person holding two such positions simultaneously. The nominee may include the name of any independent observer of their choice who shall attend the count. However, they may not be a member of the candidate’s campaign team or have campaigned for them in any way.

For details on how you may campaign please refer to the Election Rules section of the website. A copy of these rules will be given to you on receipt of a candidate’s manifesto or beforehand if requested and must be signed by the candidate. Pre Campaigning before this time is not allowed, either by the candidate or members of their campaign team.

Husts shall be held the following night in Cuths Bailey bar. For the position of Sabbatical President of the Society, husting shall consist of a speech not exceeding five minutes in length from the proposer of a candidate, followed by a speech of not more than ten minutes in length from the candidate. This shall continue until all proposers and candidates have been heard. Proposers and candidates may not be present during the speeches of their opponent(s) or opposition proposer(s). Candidates and their proposers shall be presented in alphabetical order according to the surname of the candidate (if two or more candidates share the same surname, forenames shall be used to determine the order of their presentation). Once all candidates and proposers have been heard, the candidates shall form a panel which will be open to questions from the floor that must be directed to all candidates and answered first by a different candidate each time if more than one have been nominated. Husting minutes will be taken by the Vice-President and posted on the voting site that night.

For all other positions elected by Election Method One, husting shall take place in the same way as that of the president except that there will be no speech made by the proposer of the candidate(s).

Voting shall then open from 12:00 on the night of the hust and close after a 64 hour period. It is important for candidates to send their manifesto text and a 150 word summary to the SRO by this time to be displayed on the voting website.The count is to be conducted at 4 p.m. on the final day of voting and the result to be announced as soon as practicable (usually around 5pm). Society members are able to vote through an e-mail link provided, or through the Cuth’s website.

Election Method One shall be by Single Transferable Vote (S.T.V.) in accordance with the rules as set out by the Electoral Reform Society (www.electoral-reform.org.uk) by secret ballot. All elections shall incorporate Re-open Nominations (R.O.N.) as a candidate. Nominations shall be re-opened should no candidates submit a manifesto or following a vote in favour of R.O.N. the following week.

A record of votes cast and a count must be retained for one week following the announcement of the result and may be made available to all members upon request in the presence of the Senior Returning Officer.

Election Method Two takes place in General Meetings when a post is available, and is advertised one week before the General or Extraordinary meeting in which the election will take place occurs.

Those wishing to stand for election must fill in an Election Method 2 Nomination Form before or on the night of the election. Candidates need a Proposer and Seconder, who do not have to be present at the meeting, however, they do need to sign the Nomination form. Like Election Method One, the Proposer and Seconder must be contributing members of Cuth’s JCR, and may not be the Society President. Nomination forms need to be handed to the SRO in the break of the meeting, and in the second half of the meeting, the elections will be held.

If there are less than enough or the correct amount of candidates to fill the position(s) it will be up to the members present as to whether or not they would like the candidates to hust. If this is a no, then the candidates will be elected to the position on a general aye. However, if there are too many candidates for the position(s) available or if there is a call to hust from the members present, each candidate will be asked to give a hust. The length of the hust shall be at the discretion of the chair, however usually lasts around 1 minute or so with a warning when the candidate has 30 seconds left. Candidates and their proposers shall be presented in alphabetical order according to the surname of the candidate (if two or more candidates share the same surname forenames shall be used to determine the order of their presentation). Once all candidates and proposers have been heard the candidates shall form a panel which will be open to questions from the floor that must be directed to all candidates and answered first by a different candidate each time if more than one have been nominated. Providing a nomination form has been received by the SRO, candidates may stand in absentia. If you are standing in absentia, you may write a hust on your nomination form to be read out by your proposer.

Once a hust, if called, is completed by each candidate, candidates shall leave the room whilst all members present vote. The candidate(s) with the largest number of votes shall be duly elected. Please note abstentions shall be counted but may not negate an election, even if they are the majority.

Once a position is elected via Election Method Two, the position shall be assumed immediately and held by that person until the General Meeting where their successor is elected.

Election Method Three is only used in the last general meeting of the Easter Term and is used to elect positions such as Tweedle Dum and Tweedle Dee, Keeper of the Couplets and Leader of the Cuth’s song. Candidates are nominated by any member present and are elected by the acclamation of those present. The JCR Chair shall determine the winner, though their judgement is questionable and open to argument. Once a position is elected via Election Method Three, the position shall be assumed immediately and held by that person until the General Meeting where their successor is elected. The only exception to this is the positions of Keeper of the Couplets, who assume office until the close of business at the second general meeting of the Easter Term.